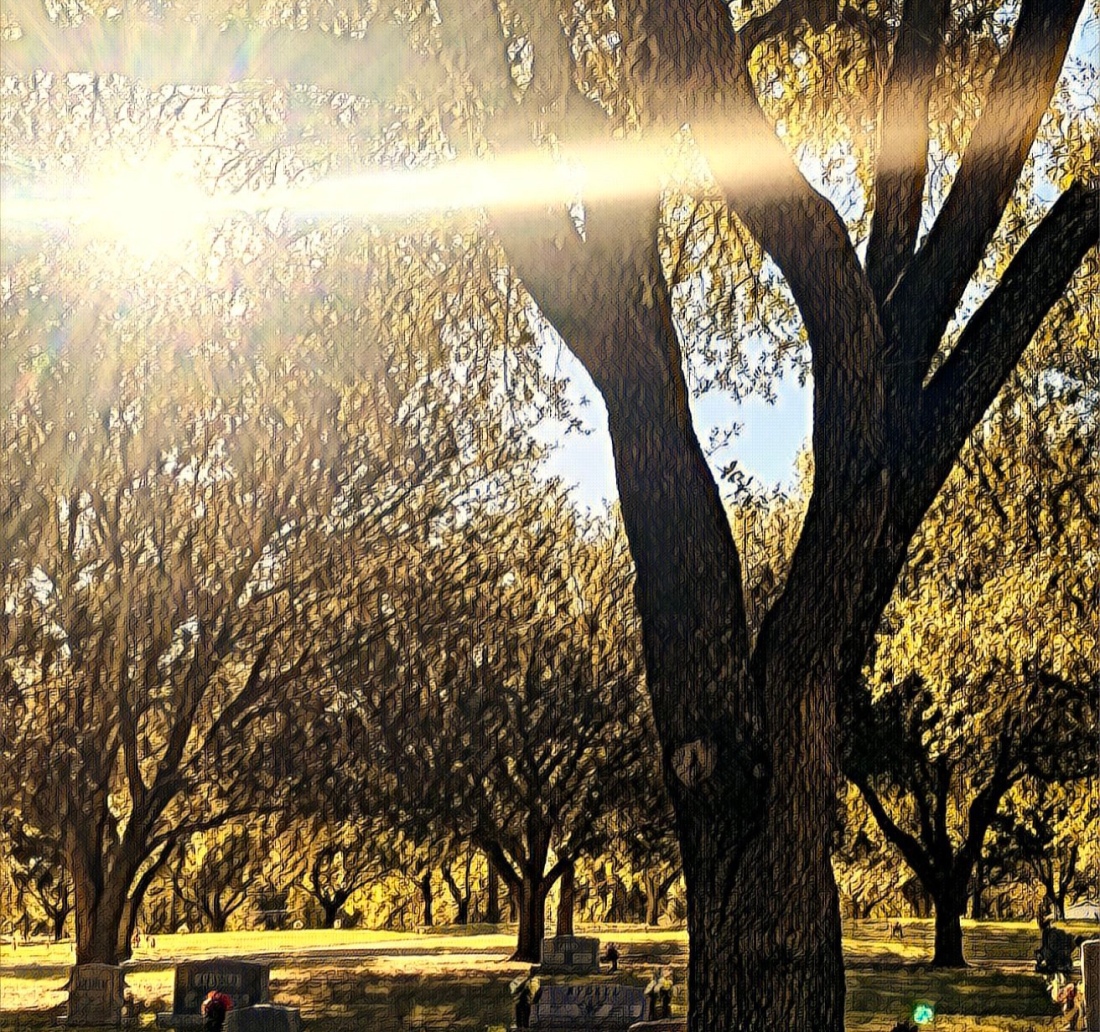 Blue sky fractured between gold and red foliage flaking from the branches above. Soft brown eyes followed the leaves as they made their final descent to rejoin the earth and gradually decay into nothing. Her mind wandered to thoughts of the past as she lay feeling the cold earth between blades of struggling grass. Blades of shoulders connected with tree roots, gently reminding her that this patch of earth was theirs.

There was no patch of earth that belonged to her and her wandering mind. Borrowed patches of earth quietly tolerated her existence, waiting for her to move on. A nearby can of some off-brand cola, crushed and abandoned by its previous owner, reflected her pain. Half buried in the dirt, aluminum gleamed in stark contrast to the natural landscape surrounding it. Rust crept from its sharp edges, spreading outward.

She wanted to keep the leaves from falling. She wanted to gather up the leaves that had already fallen and put them back in their place. They didn’t belong where they would be mindlessly trampled, forgotten, turned to unrecognizable brown and then to dust.

The stem of a leaf twisted and spun between her warm fingers in the chilly air, its life seemingly prolonged by her own being. The moment she let it slip from her fingers it would join the others in their fate. Yet even in her grasp she would eventually watch the colors fade.

She wondered if the leaves minded fading and falling. Was her heart crying out for something that could not even recognize her pain?

Who was she kidding. This wasn’t about leaves. This was about life. What was the point? Seriously? Why bother being born, bursting with life and color only to fade and fall, to be pushed and pulled and tormented by experiences and emotions that she couldn’t understand. The distance between branch and earth mirrored the distance between life and death, here and there. This world and the next.

How could someone love you one instant and be gone the next? Unlike the fading of the leaves, there had been no warning other than the slight feeling of unease within her chest. Nothing outward had changed, yet she underestimated the invisible changes that can occur deep within a heart.

The gap between the branches and the earth.

Her whole world shattered by the words “I don’t know.”

Who knew life could be so fragile?

The sound of a far-off engine turned her face skyward to see the silver speck of a plane flying southwest, a thin white trail following behind. She had never been on a plane before and watched curiously, wondering what it would be like to just go somewhere. Do something for herself for once.

A single leaf drifted from a far off branch, yet this time she realized the leaf didn’t simply fall to the ground–it danced.

(C) 2021 Barbara Gray – no content may be used or reproduced without permission of the author.